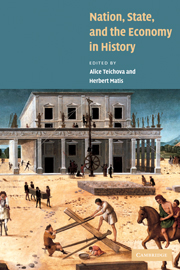 Nation, State and the Economy in History