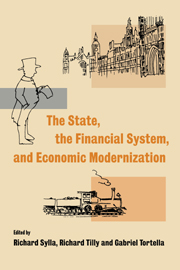 The State, the Financial System and Economic Modernization