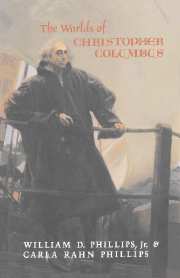 The Worlds of Christopher Columbus