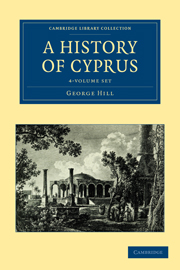 A History of Cyprus
4 Volume Set