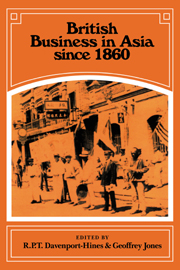 British Business in Asia since 1860