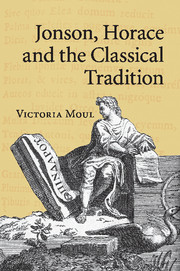 Jonson, Horace and the Classical Tradition