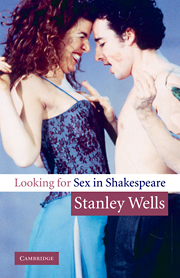 Looking for Sex in Shakespeare