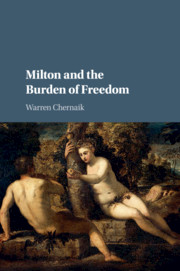 Milton and the Burden of Freedom