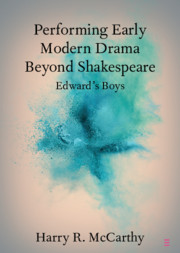 Part of Elements in Shakespeare Performance