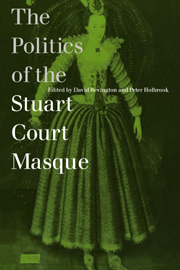 The Politics of the Stuart Court Masque