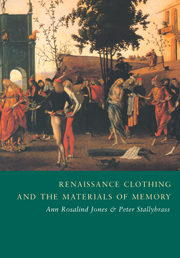 Renaissance Clothing and the Materials of Memory