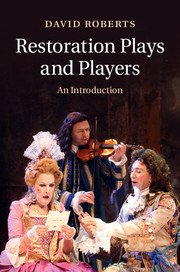 Restoration Plays and Players
An Introduction