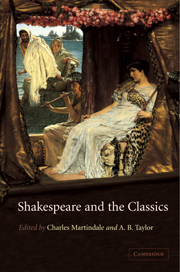 Shakespeare and the Classics