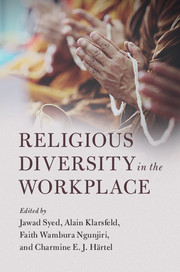 Religious Diversity in the Workplace