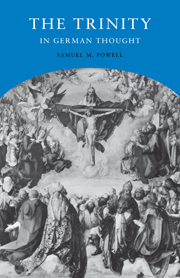 The Trinity in German Thought