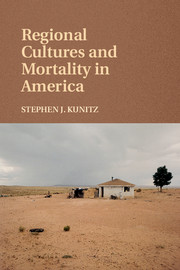 Regional Cultures and Mortality in America