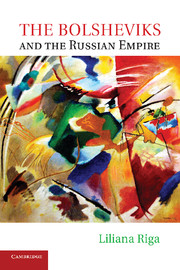 The Bolsheviks and the Russian Empire