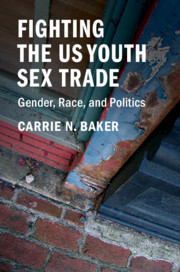 Fighting the US Youth Sex Trade
Gender, Race, and Politics