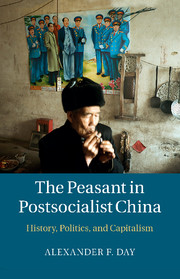 The Peasant in Postsocialist China
History, Politics, and Capitalism