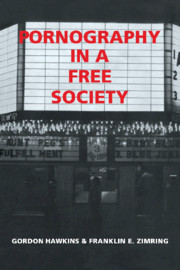 Pornography in a Free Society