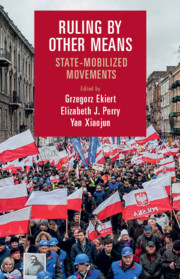 Ruling by Other Means
State-Mobilized Movements