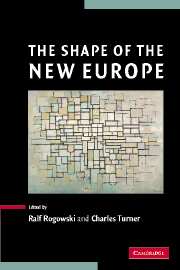 The Shape of the New Europe