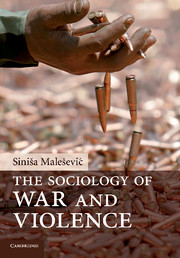 The Sociology of War and Violence