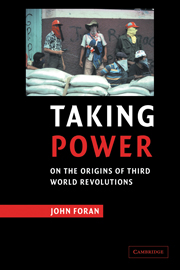 Taking Power
On the Origins of Third World Revolutions