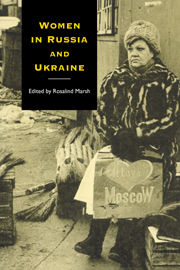 Women in Russia and Ukraine