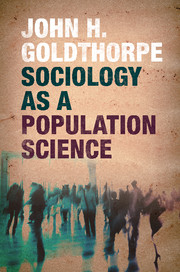 Sociology as a Population Science