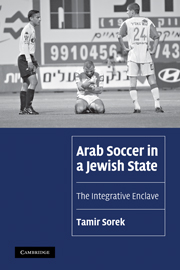 Arab Soccer in a Jewish State
The Integrative Enclave