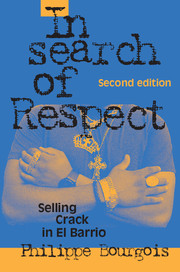 In Search of Respect
Selling Crack in El Barrio