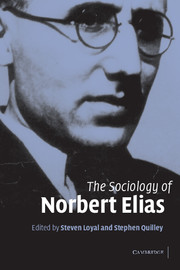 The Sociology of Norbert Elias