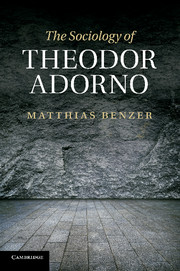 The Sociology of Theodor Adorno