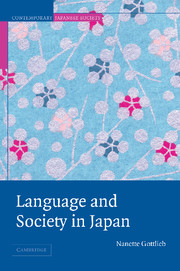 Language and Society in Japan