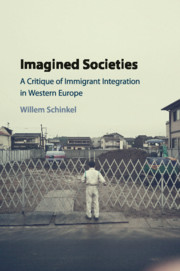 Imagined Societies
A Critique of Immigrant Integration in Western Europe