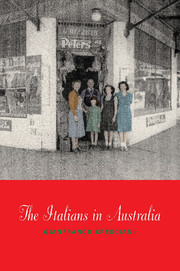 The Italians in Australia