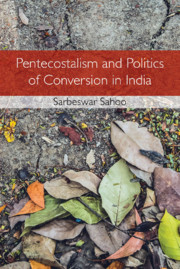 Pentecostalism and Politics of Conversion in India