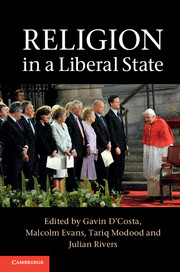 Religion in a Liberal State