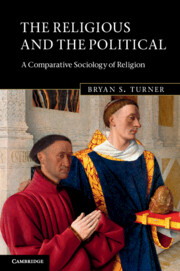 The Religious and the Political
A Comparative Sociology of Religion