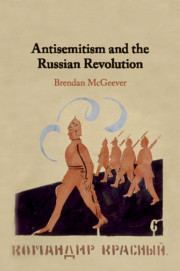 Antisemitism and the Russian Revolution