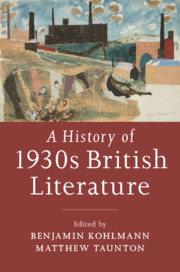 A History of 1930s British Literature