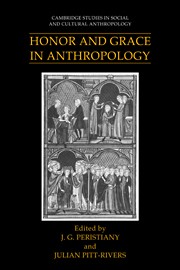 Honor and Grace in Anthropology