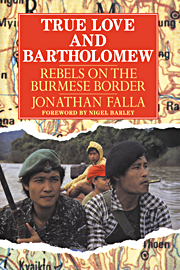 True Love and Bartholomew
Rebels on the Burmese Border