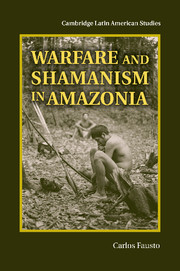 Warfare and Shamanism in Amazonia