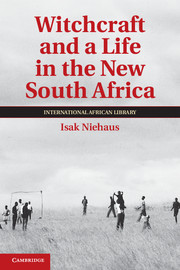 Witchcraft and a Life in the New South Africa