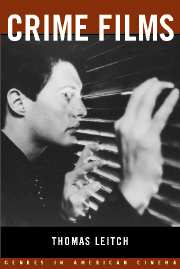 Part of Genres in American Cinema