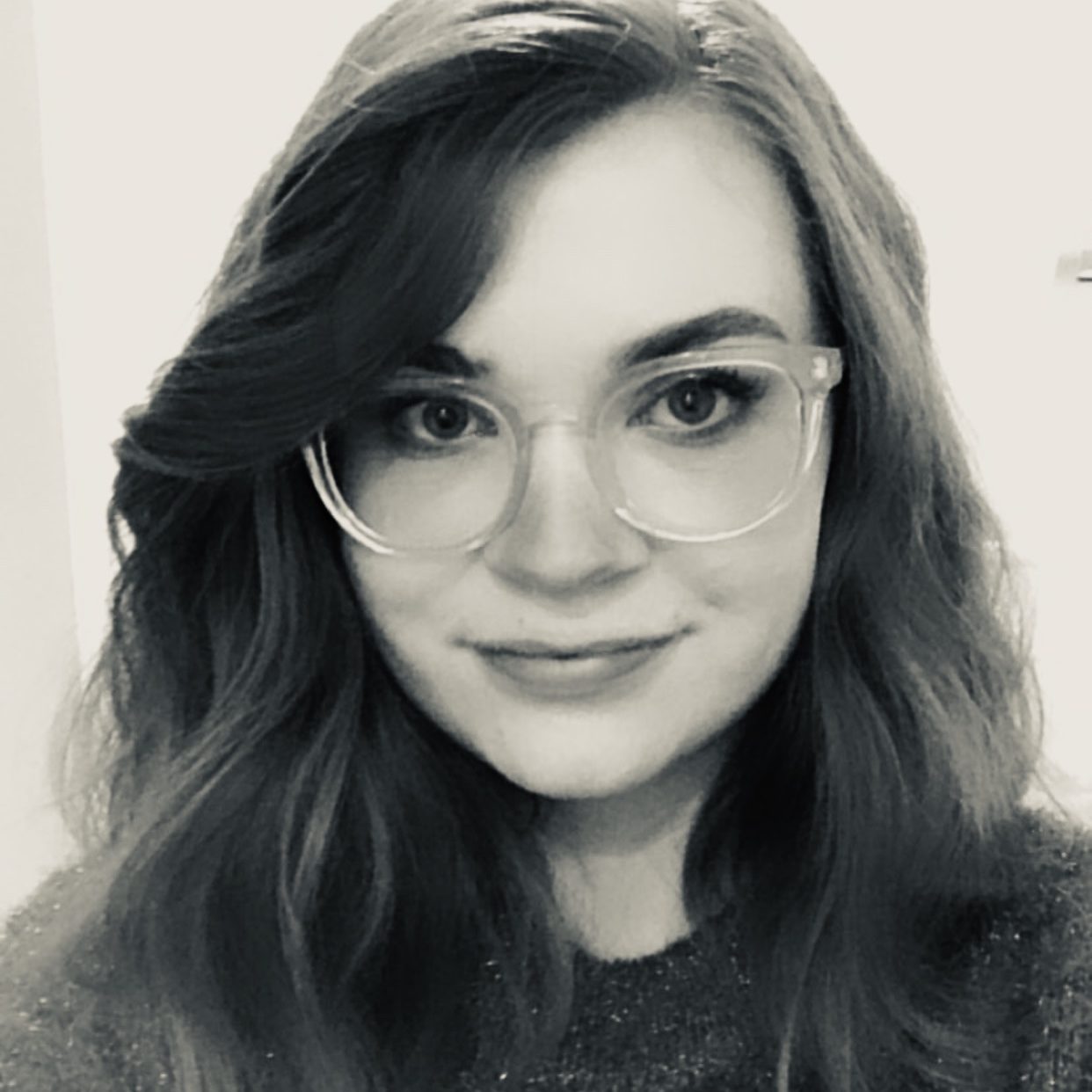 “Each language is a different lens through which you view the world. So, learn as much as you can!” Meet Henry Lau (often referred to as just Henry). The Chinese-Canadian singer-songwriter, violinist, K-pop idol, actor and music producer (busy bee!) has shared his perspective on how speaking another language enables the learner to take on a piece of that culture and explores the extent to which music goes beyond language.

The multitalented, multilingual artist started his career as a member of the K-pop group Super Junior-M, but has gone on to have a successful solo career with songs such as Trap. He’s also contributed to soundtracks with songs such as It’s You, which was released for the K-drama While You Were Sleeping and has appeared in a variety of Korean dramas including Oh My Venus. In 2019, Lau made his Hollywood debut in the film A Dog’s Journey, the sequel to the 2017 film A Dog’s Purpose.

Thank you for speaking with us today, Henry! Your ability to speak English, Mandarin, Korean and Cantonese makes you a great role model for our readers. Not only do you have extensive language skills, but you’ve created an impressive career out your many other talents.

We’re very interested to find out about your experience with language, different cultures, the entertainment industry and the relationship between these.

You’re multilingual, fluent in English, Mandarin, Korean and Cantonese. Which did you learn first and what were the reasons behind learning each of these?

My parents had a very large impact here. Between my mother and father, they spoke 5 languages and dialects. But growing up, I mainly spoke Cantonese at home. Until I was 5, I really didn’t speak much English. I remember my first day of kindergarten because I was very nervous since I didn’t really speak English. Slowly but surely though, I picked up English at school and English then became my primary language. When I was about 10, my mom started to teach me Mandarin. She sent my brother and me to Mandarin classes once a week, and started to mix Mandarin, Cantonese and English together when she spoke to us at home. So, at this time, I was already quite accustomed to code-switching, which really helped later in my career. At this time though, the Korean language and culture wasn’t familiar to me until I moved to Korea when I was 17 to start my career. I actually learned Korean pretty quickly and I was able to converse in Korean in about 3 months.

Can you tell us about the different situations in which you use each language? Is it sometimes difficult to switch between them?

I use Mandarin, Korean and English on a daily basis and usually only use Cantonese when I’m speaking with my relatives. I don’t think it’s very difficult for me to switch between each language because I’ve been doing it for so long. However, I do remember that when I started to use the languages in a professional setting, I had to practise only speaking and thinking in one language when talking to someone in that language. Otherwise, it was easy for cultural elements from other languages to seep into the discussion that the other person might not be familiar with and this could cause communication issues. After a while though, I felt like I built a new skill of keeping the languages separate. In a casual setting, what’s interesting is that I find myself code-switch more often when speaking Korean-English than when speaking Mandarin-English. I’m not sure why that is.

Can you tell us a bit about your experience of learning languages? Did you find that one came more naturally than others?

I think each language has its own challenge. English came to me quite easily as my entire childhood was set in English. Mandarin also came quite naturally as my mom’s mother tongue is Mandarin and she would occasionally mix in Mandarin as she spoke Cantonese to me. Korean was quite difficult in the beginning because I was very young and alone in a new country. However, I think because I could already speak 3 languages in addition to my music training, I picked up Korean the fastest among all of my languages.

How does speaking these languages contribute to your sense of identity?

I feel that language is another lens for someone to look at the world through. It’s not just the words and vocabulary that make a language what it is. It’s the entire culture driving the uses of those words. So, for me to speak any of these languages, I have to take on a piece of that culture.

So, you grew up in Toronto, Canada and moved to South Korea to pursue your music career. Can you talk us through the difficulties you experienced with communication in different cultures?

Language and culture are not mutually exclusive. You can’t know one without the other. When I moved from Canada to Korea, I experienced a massive culture shock. I wasn’t familiar with Korean culture at all and was very surprised at the hierarchical elements of Korean culture. However, at the time I was determined to succeed so I became a sponge and just soaked in everything I could. So, I learned the language rather quickly and became very familiar with the culture. This helped me to integrate into the Korean system rather nicely.

“If I had the time, I would love to learn every language in the world. I love connecting to people. If I can’t do it through language, I will try to do it through my music.”

The entertainment industry is very competitive. How have your language
skills contributed to your success?

I started my career off in Korea and although my language skills didn’t directly help me in any formal ways, it helped a lot informally. For example, when I was learning how to make my own music in my spare time, it was great that I could speak with Korean, English and Chinese speaking producers. Music has no boundaries so I would always love talking to as many people as I could and learning how to become better.

You’ve travelled the world as a result of your success. Do you think your
language skills have helped you on your travels?

Definitely. I’m very fortunate that I speak these languages because I love to produce content to make people happy. If I can branch out to more regions in the world and have more people enjoy my music, movies or TV shows, then I couldn’t be happier.

There definitely are differences in how I write music in each language. Without going into too many details, each linguistic region has patterns in their song structure that are more favourable to that audience. So, becoming familiar with these patterns is the first step. Another big difference would be in how the language affects the lyrics which then affect the top-line melody. This is the reason why many English songs don’t translate well into say Korean or Chinese. So, with these in mind, the way you approach a Chinese song vs. a Korean song is quite different.

Are there any other languages you’d like to learn? If so, why and how would you go about learning?

Honestly if I had the time, I would love to learn every language in the world. I love connecting to people. If I can’t do it through language, I will try to do it through my music.

Would you encourage people to learn a language and why?

Learning another language opens your mind up exponentially. Not only do you learn the language, but you learn a culture. It also allows you to see the
world from another perspective. Each language is a different lens from through which you view the world. So, learn as much as you can!

What would your top study tip be for people learning a language today?

Try using it while doing something fun. For example, if you like singing, then sing in the language you want to learn!

Can you give one line of advice in one of your many other languages (and tell us what it means in English!)

Thank you, Henry, for inspiring our readers to learn as much as they can and fulfil their dreams! You can follow Henry on Instagram and learn more about him here.

Did you enjoy this article? Learn more about forming connections through language with geneticist and TV personality Dr. Giles Yeo. 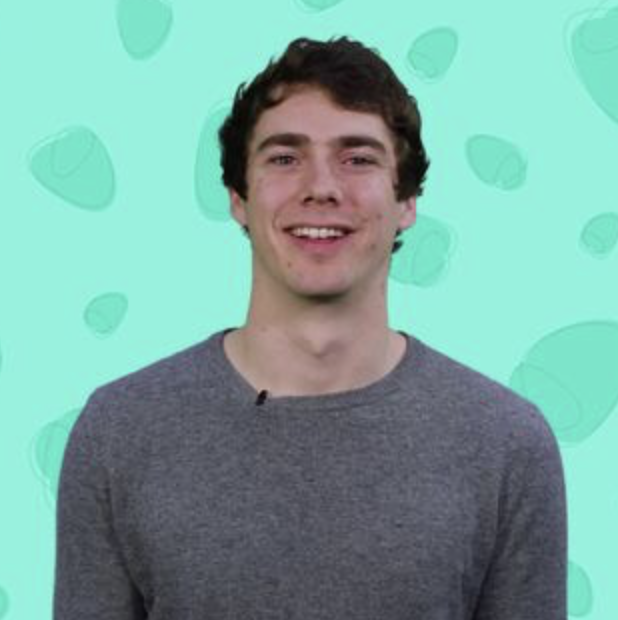 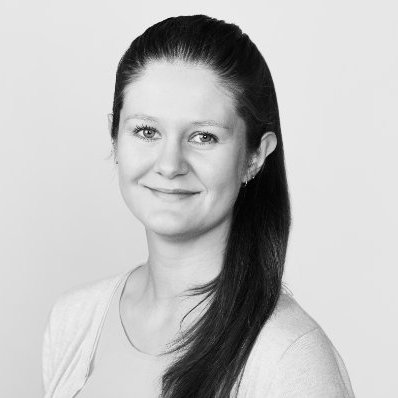 Ben Fogle on the power of immersion

More Experiences
Share your ideas for a post below.
We're looking forward to hearing about it
and will be in touch once we've had a read.