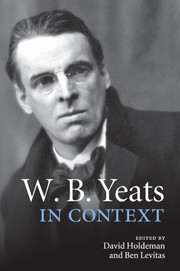 W. B. Yeats in Context