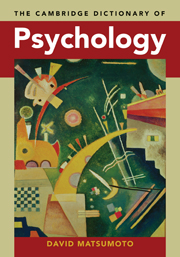 The Cambridge Dictionary of Psychology