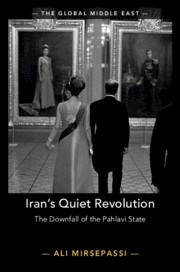 Iran's Quiet Revolution
The Downfall of the Pahlavi State