What The Left And Right Can Learn From Hollywood Politics 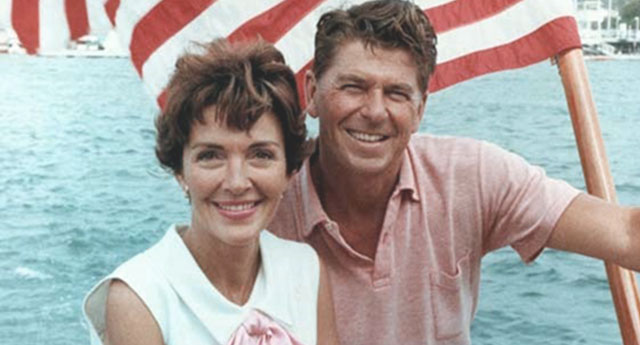 When Hollywood Was Right

Most people view Hollywood politics today as a bastion of progressivism—for better or worse. Perhaps there is not much to learn from the current political scene in Hollywood other than celebrity and money matter—and Hollywood provides a lot of both. Hollywood politics was not always so left-wing, however, although it has always been on the left side of the political spectrum, even during the Red Scare when a blacklist was imposed on actors, screen-writers, producers and directors, and technicians in the film industry.

Yet as liberal as Hollywood remained, in the 1940s and 1950s a sizeable grouping of conservatives emerged in Hollywood with a single goal: rebuild the Republican Party. Ronald Reagan’s election to the White House in 1980 marked the culmination of an effort. In rebuilding the Republican Party, an informal alliance took shape gradually among Hollywood studio moguls, movie stars, and Southern California businessmen. These allies contributed celebrity, money, media expertise, and energy to the Republican cause.

The first signs of real progress was being made came when Ronald Reagan won the governorship of California in 1966. His election provides lessons for both today’s political right and political left. The lesson for conservatives today is that party factionalism can be overcome through principled leadership given to pragmatic compromise. Progressives can learn that  negative campaigns don’t always work and sometimes can backfire.

When Reagan declared his candidacy for governor he confronted a party severely factionalized by moderates and the far right. This division had been apparent in the governor’s race in 1962 when Joe Shell, a strong conservative legislator from Los Angeles refused to endorse Richard Nixon after he won the Republican primary. When Nixon lost the general election to Democrat Edmund Brown, many established Republicans blamed the rightwing of the party. This factionalism continued into the 1964 presidential primaries when businessmen and powerful players in state GOP politics, Justine Dart, founder of Rexall Drugs, and Leonard Firestone, heir to the tire manufacturing fortune, threw their support to Nelson Rockefeller instead of conservative Barry Goldwater. Joe Shell was heading the Goldwater effort, which alienated many moderates in the party.

Reagan’s candidacy for governor appealed to the moderates and the right in 1960s. His record as an anti-communist reassured the right, and his pragmatic approach to politics appealed to moderates. Reagan’s pragmatism was evident in his campaign, organizationally and ideologically. He brought hard core conservatives and moderates into his campaign. On issues, Reagan stuck with his belief in small government and low taxes, but compromised his rhetoric on other issues.

In the general campaign, Reagan, a Hollywood actor without professional political experience, proved to be a much abler politician than incumbent Governor Brown, who had spent most of his life in politics. Brown was convinced that voters were going to reject Reagan as a lightweight and an extremist. Brown’s charges of extremism seemed to many voters beside the point in the context of the upheaval on college campuses and the Watts riot in 1965. When the charge of extremism failed to gain traction with the voters, Brown switched to attacking Reagan as an actor. This too failed. Like later opponents, Brown underestimated Reagan. On General Election Day, Reagan defeated Brown in a landslide.

Pragmatism triumphed over negative campaigning—a lesson that should be taken to heart by today’s right and left.

Donald T. Critchlow is the author of When Hollywood was Right: How Movie Stars, Studio Moguls, and Big Business Remade American Politics.

An Interview with Donald T. Critchlow

Who's Who of When Hollywood Was Right

Why Some Reagan Supporters Did Not Support Goldwater in 1964

Why Barry Goldwater Fell Out With Ronald Reagan

What the Left and the Right Can Learn from Hollywood Politics