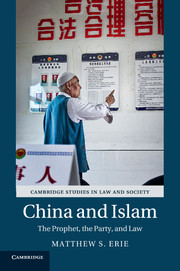 China and Islam
The Prophet, the Party, and Law