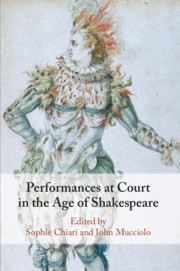 Performances at Court in the Age of Shakespeare